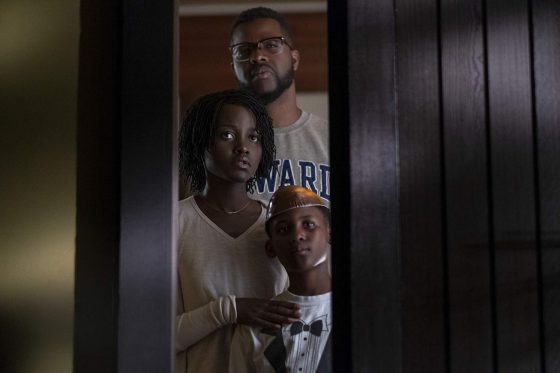 Considering how well Get Out did two years ago, Us was expected to do just as well but it blew away expectations for a massive opening weekend.

Us took in more than double what Get Out made in its opening with $70.3 million.  It’s the third biggest R rated horror opening of all time behind IT and Halloween 2018 and the largest opening weekend for an original live-action film since Avatar.  If it performs the same as Get Out, just bigger, it could potentially be looking at over $236 million domestically. Outside of the US, Us made $16.7 million.

Wonder Park dropped to third with $9 million and it’s made $29.5 million so far.

Five Feet Apart and How to Train Your Dragon: The Hidden World rounded out the top 5 with the former having a pretty solid hold and only dropping 33% from last weekend’s opening, making another $8.8 million.

Getting a massive boost from a wider release, Julianne Moore’s Gloria Bell went from 18th to 7th place over the weekend as it expanded to 654 theaters and took in $1.8 million.

Captive State continued its disastrous performance, dropping out of the top 10 in its second weekend and not even making $1 million, managing only $918,000.

Hotel Mumbai, a historical thriller, was the Per Screen winner over the weekend, making $21,623 in each of the four theaters showing it.

Battle at the Box Office 4/1