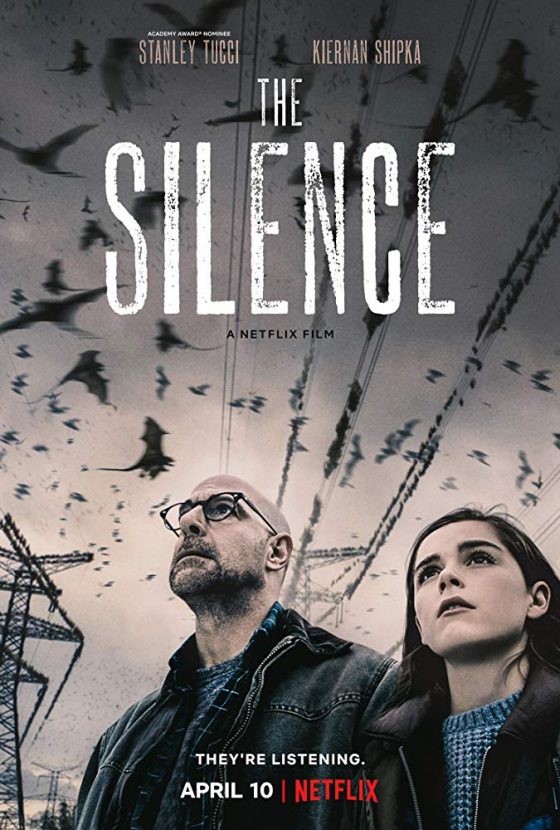 After the phenomenon at the end of last year around Bird Box, Netflix is diving back into the “sensory horror based on a book” well with The Silence.  Based on a 2015 horror novel by Tim Lebbon, The Silence stars Stanley Tucci, Miranda Otto, and Kiernan Shipka and follows a family trying to survive when a swarm of giant killer bat creatures begin attacking major cities around the world.  The creatures are drawn by sound, forcing the family to remain as quiet as possible at all times (That sounds weirdly familiar) . Shipka’s character is deaf, having lost her hearing in her teenage years and a menacing cult finds the family while they are trying to survive in a remote cabin and wants to user her heightened senses to their advantage.  The movie is directed by Annabelle director John R. Leonetti and it’s out on April 10th on Netflix.  Check out the trailer below.