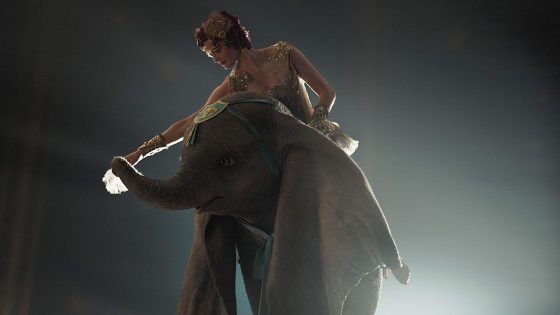 Dumbo took the top spot at the box office over the weekend but it was below Disney and industry expectations.

Dumbo made $45 million, which puts it seventh place in the rankings of Disney’s live-action reboots and one of the lowest in the last few years, only topping Pete’s Dragon.  Estimates were between $50-60 million and the movie was apparently outpacing ticket sales for Cinderella according to Fandango but it opened $22 million below Cinderella.  It was director Tim Burton’s fifth highest opening between Batman Returns and Batman.  The movie made $71 million internationally for a worldwide total so far of $116 million.

Us dropped 52% from last weekend and dropped to second with another $33.6 million, bringing its domestic total to over $128 million in just ten days and making back 6x it’s budget already.  With its international grosses, it had made just over $174.5 million worldwide.

Captain Marvel dropped to third place with $20.5 million, putting it over $353.8 million domestic and only $10 million shy of the $1 billion mark worldwide, which it should easily cross and become the seventh MCU movie to break $1 billion worldwide.

Five Feet Apart and Unplanned rounded out the top 5, the latter making $6.1 million its opening weekend.  That makes it the second highest opening ever for Pure Flix behind God’s Not Dead 2.

Further down the list, Hotel Mumbai jumped into the top 10 after going wide at eighth place with $3.1 million.  It was 39th place last weekend.  Harmony Korine’s The Beach Bum just barely opened in the top 10 with $1.8 million for tenth place and down from the last big Korine movie, Spring Breakers, which made just over $4 million when it went wide.