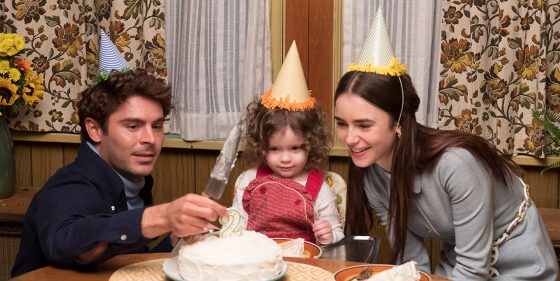 True Crime has never been hotter and Netflix has been at the forefront with a number of dramatic and documentary series and they’ll tackle one of the most infamous serial killers of all time with the Ted Bundy movie, Extremely Wicked, Shockingly Evil and Vile.  Starring Zac Efron as Ted Bundy, the story of his crimes and trial unfolds from the perspective of his longtime girlfriend Elizabeth Kloepfer (Lily Collins), who refused to believe what was occurring for years.  John Malkovich, Kaya Scodelario, Haley Joel Osment, Jim Parsons, Jeffrey Donovan, Angela Sarafyan, Dylan Baker, Brian Geraghty, Terry Kinney, James Hetfield (yes, Metallica’s James Hetfield), and Grace Victoria Cox co-star and it’s directed by Joe Berlinger, who has directed a ton of documentary True Crime series recently, including this movie’s predecessor, Conversations with a Killer: The Ted Bundy Tapes.  The movie hits Netflix on May 3rd and you can check out the trailer below.