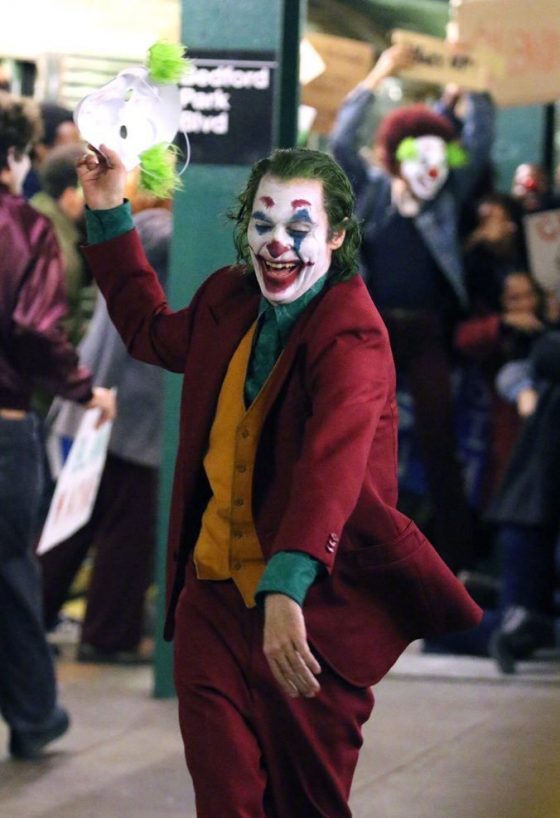 One of the strangest projects announced among the many upcoming DC Comics movies that may or not be connected was a Joker origin movie, directed by The Hangover’s Todd Phillips and produced by Martin Scorsese and starring Joaquin Phoenix as Arthur Fleck, the man who becomes The Joker in some strand of the DC Multiverse.  Set in 1980s Gotham City, Arthur is a failed stand-up comic who makes ends meets as a street spinning clown who slowly goes insane when society continues to ignore and disregard him. Zazie Beetz, Robert De Niro,  Brett Cullen, Frances Conroy, Douglas Hodge, Brian Tyree Henry and Shea Whigham co-star.  The movie definitely seems like it’s taking inspiration from it’s executive producer’s canon, looking like a cross between Taxi Driver and The King of Comedy and it’s coming out on October 4th.  Check out the first trailer below.