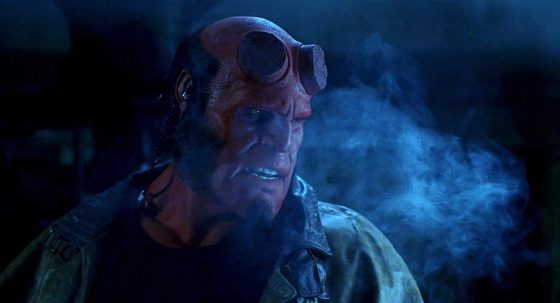 Being huge Hellboy fans, hopefully the reboot this month with David Harbour is great but no matter the quality, Ron Perlman was born to play Mike Mignola’s demonic superhero and we’re going back to 2004 to watch the original Hellboy for this month’s Movie of the Month.

Along with Ron Perlman in the title role, the movie also co-starred Guillermo Del Toro stalwart Doug Jones as Hellboy’s partner Abe Sapien (but with David Hyde Pierce as his voice), Selma Blair as Liz Sherman and John Hurt as Dr. Bruttenholm and was full of GDT’s wonderfully dark and creative monster design and world building as the BPRD battled to stop Rasputin (Karel Roden) from summoning an ancient evil that could destroy the world.

The movie is on Netflix and we’ll be rewatching it at the end of the month for our next Everything Action Commentary.