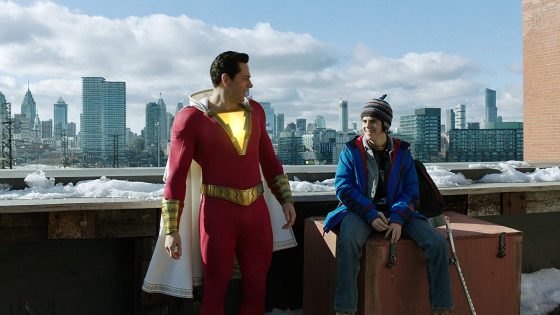 Shazam! took the top spot at the box office for another win for Warner Bros/DC while the new Pet Semetary delivered a solid opening but may have trouble with word of mouth.

Shazam made $53.45 million over the weekend, which while it’s the lowest opening in the DCEU, it had the second highest Rotten Tomatoes rating and an “A” Cinemascore, so it could potentially have a strong hold over the next few weeks.  Its opening was about on par with Ant-Man comparing things to the MCU, only down $2 million from that movie’s opening and Shazam could end up with $160 million or more domestically. Worldwide, the movie made $102 million, putting its worldwide total at $159 million so far.

Pet Sematary took second place with $25 million.  It’s the second best Stephen King opening of all time behind the juggernaut that was 2017’s IT and it’s on par to other remakes like Evil Dead and Halloween.  The worrying thing for Paramount is that the Cinemascore is a “C+”, which might indicate some fans were not happy with the major changes the movie made to the book and original film’s plot.

Dumbo took a huge hit over the weekend, dropping from first to third with $18.2 million, dropping 60% from last weekend’s opening.  It could potentially be a pretty major bomb for Disney, as it cost over $170 million. It’s made over $215 million so far worldwide but it probably needs at least $300 million to break even.

Outside the top 5, The Best of Enemies debuted in sixth place with $4.5 million.  That’s about a $1 million behind Green Book when it went wide last year and way behind Selma when it went wide in 2015.  For Sam Rockwell, it was about $3.2 million below Vice’s opening and for Taraji P. Henson it’s well on the low end, especially compared to her recent starring roles in movies like What Men Want, Acrimony and Hidden Figure.

The Per Screen average went to High Life, a Robert Pattinson starring sci-fi movie from A24 that made $25,007 on each of the four screens it was on.