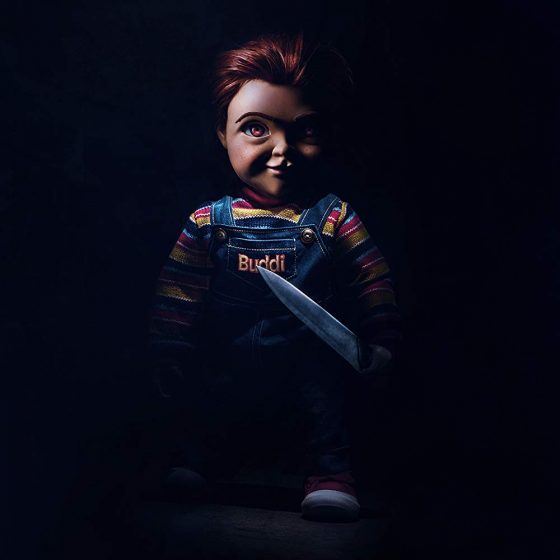 A new Chucky is arriving this summer to terrorize a new generation and this time, he’s online.  Aubrey Plaza stars in this reboot as Karen Barclay, who moves with her son Andy (Gabriel Bateman) to a new city but Andy is having a hard time adjusting.  Karen buys him a Buddi doll, a toy that is connected to the internet via an app and acts like a best friend for it’s owner, that Andy names Chucky but something is wrong with Chucky’s programming, as he is alive and goes on a murderous rampage. The new Chucky seems to be able to hack into any device created by the company that built him, taking control of drones and cars as well as just going old school slasher with a kitchen knife.  Chucky’s activities draw the attention of Detective Mike Norris (Brian Tyree Henry), who is unconvinced a toy is causing all the trouble.  Tim Matheson co-stars and Mark Hamill is providing Chucky’s new voice.  Lars Klevberg is directing after directing a few short films and the movie is out on June 21st.  For Child’s Play purists, there’s a TV series in development that will continue the continuity of the previous films with Brad Dourif and Don Mancini involved, but this reboot will be out well before that series hits.