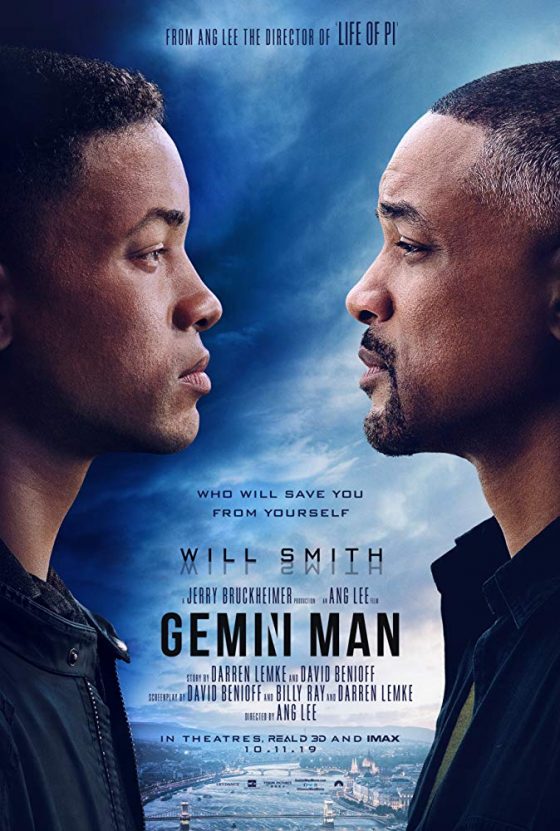 Ang Lee’s career has been all over the place going from martial arts epics to intimate drama to insane comic book adaptations but he’s back in October pitting Will Smith against himself in Gemini Man.  Will Smith plays Henry Brogan, the world’s most elite assassin, who finds himself targetted by a younger clone of himself (also Smith via de-aging CGI) sent to kill him and take over his assassin career for the evil Clay Varris (Clive Owen).  Mary Elizabeth Winstead and Benedict Wong co-star and Game of Thrones’ David Benioff co-wrote the script along with Hunger Games writer Billy Ray and Goosebumps writer Darren Lemke.  Along with the insanely and scarily good deaging CGI, Ang Lee is also employing 120 High Frame Rate as well, although unless you live in a major city like NY or LA, there probably won’t be a theater nearby capable of showing it that way.  The movie is out on October 11th and you can check out the trailer below.