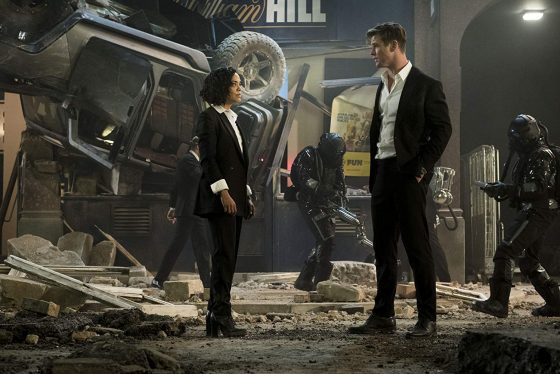 It’s been seven years but the Men in Black are finally back with Tessa Thompson and Chris Hemsworth stepping up as the latest agents to defend the Earth from the scum of the universe.  Thompson plays the newly recruited Agent M, who has spent her entire life trying to find the MIB after seeing her parents get neuralyzed following an alien encounter that she still remembers.  She’s sent from MIB’s New York City location to their London branch to team with Agent H (Hemsworth) to track down and stop a new threat called The Hive, a group of alien shapeshifters who can take the form of anyone and have infiltrated the MIB.  Liam Neeson, Emma Thompson, Rebecca Ferguson and Kumail Nanjiani co-star and F. Gary Gray is directing after most recently bringing us The Fate of the Furious.  It looks like there’s a lot of the fun that we’ve come to expect from the MIB franchise and Thompson and Hemsworth proved to be a great, fun comedic duo in Thor: Ragnorak, so hopefully this captures some of the magic of the original movie.  It’s out on June 14th and you can check out the new trailer below.