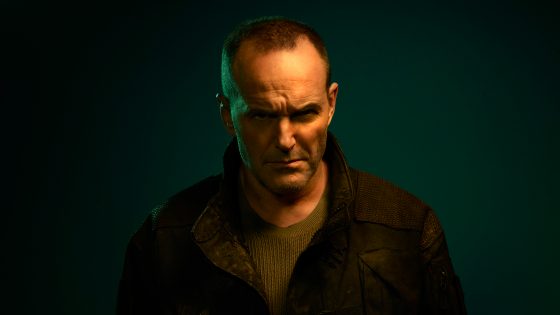 Last season of Agents of SHIELD was a bit of a letdown compared to the awesome Season 4 but hopefully Season 6 will get things back on track.  *Spoilers*  As a result of taking in the Ghost Rider in Season 4, the treatment that brought Coulson (Clark Gregg) back from the dead following The Avengers burned out and he was left slowly dying.  After bidding the team a tearful good-bye and spending his last days with May (Ming-Na Wen) in the real Tahiti, Daisy (Chloe Bennett) and Mack (Henry Simmons) have taken over the leadership duties of the SHIELD team but, a year after Infinity War (and most likely post Endgame), the team is shocked to see Coulson return.  However, this is an evil universe hopping version who is hellbent on destroying the world with his team of villains.  Gregg looks like he’s having a blast going bad and the rest of the team (Iain De Caestecker, Elizabeth Henstridge, Natalia Cordova-Buckley, and Jeff Ward) are all back as well.  The new season starts next Friday (May 10th) on ABC.  Check out the trailer below.

Mission Complete: The End of Agents of SHIELD