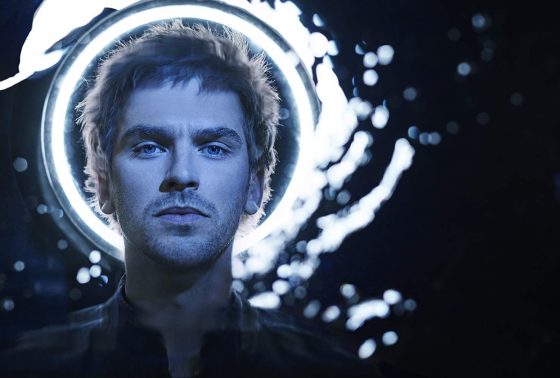 FX’s X-Men series Legion is ending with its upcoming third season but it seems like it’s going to go out as trippy and crazy as it ever has.  Created by Fargo’s Noah Hawley, the series has followed David Haller (Dan Stevens), who goes from believing he’s insane (and might still be) to realizing he’s one of the, if not the most, powerful mutants ever.  After engaging in a series of psychic battles with the enigmatic Shadow King (Navid Negahban), David’s decisions and knowledge of the future turned his friends and allies against him and he teleported away from an attempt to trap and contain him with his deranged friend Lenny (Aubrey Plaza).  The third season looks like David has established himself as some sort of guru/cult leader and is trying to figure out a way to keep his former allies from killing him because they believe he will destroy the world.  Along with the recurring cast like Rachel Keller, Jeremie Harris, Bill Irwin, and Amber Midthunder, Lauren Tsai is joining the cast as the mutant Switch and we’ll finally see Professor X with Game of Thrones/Counterpart actor Harry Lloyd playing him and Stephanie Corneliussen playing David’s mother Gabrielle.  The final season begins on June 24th and you can check out the trailer below.

Natalie Portman Gets Space Madness in Lucy in the Sky (Trailer)