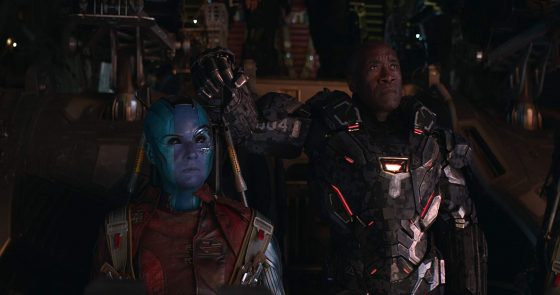 Avengers: Endgame managed to hold off all comers again for the third weekend in a row but Detective Pikachu was no slouch and almost toppled Marvel’s juggernaut.

The Hustle performed slightly above expectations with $13.5 million.  The remake of Dirty Rotten Scoundrels is the 16th highest opening for Anne Hathaway between The Intern and Hoodwinked and it’s the 10th highest opening for Rebel Wilson between Pitch Perfect and Isn’t it Romantic, which made about $1 million more in February this year.  Adjusted for inflation, Dirty Rotten Scoundrels had an $8.4 million opening back in 1988.

The Intruder and Long Shot rounded out the top 5, both dropping less than 40% from last weekend and both movies have made around $20 million for two weeks out.

Poms opened to sixth place with $5.1 million, which puts it at #50 on the worst openings of all time for a movie in 2,500-2,999 theaters, between Hardcore Henry and Labor Day.  It was the 16th highest opening for Diane Keaton but below the openings of pretty much every comparable movie, like Book Club, Second Act, Going in Style, etc.

Tolkien also didn’t fare well, opening in ninth place with $2.1 million.  It’s #10 for Nicholas Hoult openings. It was in “only” 1,495 theaters compared to some of the more widely released films but it’s still on the low end for similar biopics, like the Stephen Hawking based The Theory of Everything, which made over $1.5 million in only 140 theater and The Imitation Game, based on Alan Turing, made over $7 million when it opened wide.

Biggest Little Farm took the Per Theater average with $20,202 in each of the five theaters it debuted in.  The movie is a documentary about a couple who move from LA to a 20-acre farm that they try to make completely coexist with the surrounding nature while growing a variety of crops and animals.