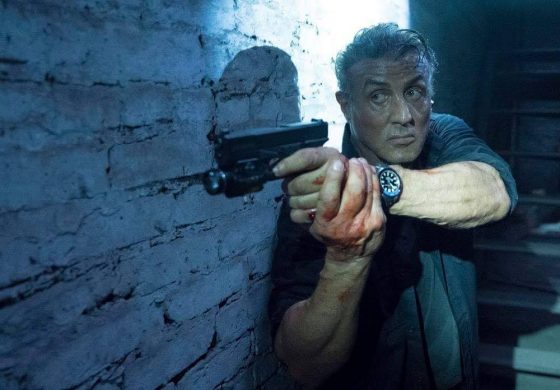 Stallone’s Ray Breslin is back for another elaborate jailbreak in the upcoming third movie in the Escape Plan series, Escape Plan: The Extractors.  Following Escape Plan: Hades (which was not great), Breslin and his team, which includes 50 Cent and Dave Bautista, are hired to rescue the daughter of a Hong Kong tech mogul from a brutal Latvian prison but things get personal when Ray’s girlfriend (Jaime King) is kidnapped and taken there as well.  Daniel Bernhardt, Devon Sawa, Harry Shum Jr, Russell Wong, Melise and Jin Zhang co-star and John Herzfeld is directing.  It’s not clear from the trailer if they are going to continue the thread set up at the end of Hades where *spoiler alert* there’s some sort of evil, shadowy group that is running all these prisons but the prison in this one seems kind of low-tech and old-school compared to the previous two we’ve seen.  The movie is out on Digital 4K Ultra HD, Blu-ray, DVD, and Digital on July 2nd, check out the trailer below.