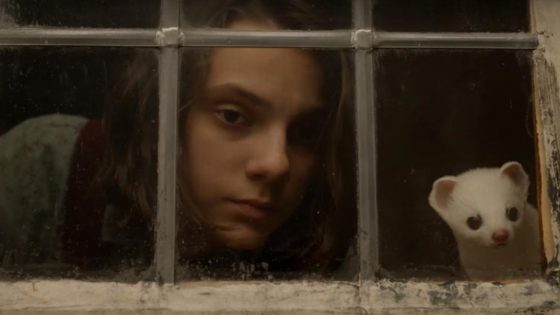 The Golden Compass got swept away in 2007 in the flood of movies trying to capitalize on Harry Potter but the His Dark Materials trilogy is getting another shot at coming to life later this year on HBO.  A joint venture between HBO and BBC One, Logan’s Dafne Keene stars as Lyra Belacqua, who sets out on a quest to rescue a kidnapped friend and uncovers a plot to separate children from their “daemons”, animal companions that in the world of His Dark Materials are an external part of people’s souls.  Lyra journeys across multiple dimensions and encounters a number of characters played by an all-star cast that includes James McAvoy, Lin-Manuel Miranda, Clarke Peters, and Ruth Wilson and director Tom Hooper is directing the 8 episode the first season and the second season is already confirmed.  If things work out, the series will eventually adapt the entire trilogy of Phillip Pullman’s books.  The series begins sometime late this year on HBO and you can check out the trailer below.