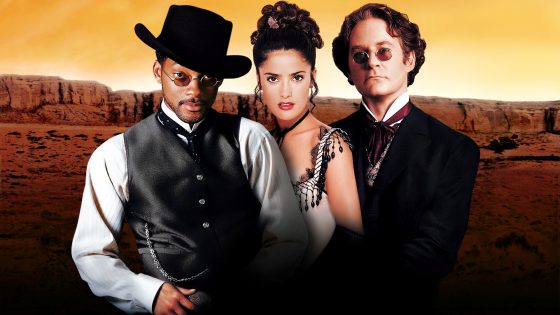 Will Smith’s title rap rightfully gets all the attention from the Wild Wild West soundtrack but the album also featured one the most massive hits from Enrique Iglesias, Bailamos.  The song was the lead single from Enrique’s English debut album, also titled Enrique, along with being on the Wild Wild West soundtrack album and was gigantic, immediately hitting #1 on the Billboard Hot 100 and staying on top for two weeks and was one of the biggest hits of the early 2000s Latin pop explosion alongside songs like Livin la Vida Loca, Smooth and I Need to Know.  Bailamos (which means “We Dance” in Spanish) had not 1, not 2 but three different music videos.  There was a lower budget black and white original version, a version where Enrique is working and dancing in a nightclub and the version below, which ties into Wild Wild West.  Along with clips from the movie, the video also takes on a kind of Western vibe with Enrique as a wanted bandito who winds up in a small town in Mexico, dances with some local beauties and then escapes from the authorities.