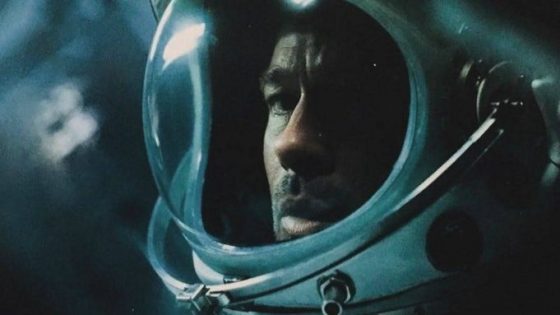 Delayed twice, possibly due to getting put under the Disney umbrella because of the Fox merger, Brad Pitt’s Ad Astra is finally coming out this September.  Directed by James Gray, who previously directed The Lost City of Z and The Immigrant, Ad Astra finds Brad Pitt as astronaut Roy McBride.  After barely surviving an explosion on the space station he was working on, Roy finds out that there’s intel that his father Cliff (Tommy Lee Jones), who was believed to be lost and dead 16 years ago, may be working on an experiment on the edge of the universe that threatens the entire solar system.  Roy is tasked with leading a mission to find and take out his father if necessary.  Liv Tyler, Ruth Negga, Jamie Kennedy(?!), Donald Sutherland, and John Finn co-star and James Gray has said the movie is inspired partially by Heart of Darkness, so maybe Apocalypse Now in space?  The movie is out on September 20th and you can check out the trailer below.