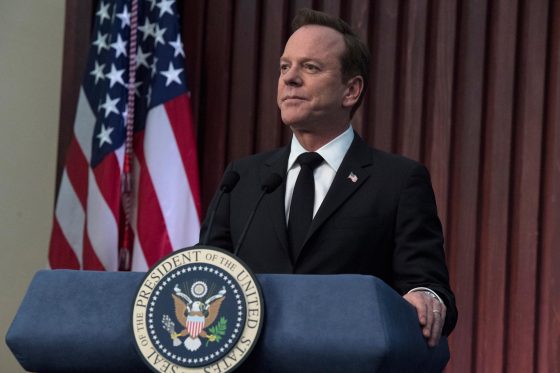 Designated Survivor is back for its third season tomorrow on a new home, Netflix, after it was canceled on ABC in May of last year.  Starring Kiefer Sutherland as Tom Kirkman, Kirkman is a low-level cabinet member and the “Designated Survivor”, kept separate from the president and Congress during the State of the Union address.  The Capitol Building is blown up and Kirkman is sworn in as president due to the line of succession and has to quickly learn how to handle the office while dealing with an investigation into the attacks led by FBI agent Hannah Wells (Maggie Q).  The show quickly turned into a kind of bizarre hybrid of The West Wing and 24, as President Kirkman dealt with domestic and international issues while Hannah unraveled an increasingly convoluted web of conspiracy.  In case you didn’t see it when it was on ABC, Netflix and Kiefer himself have a recap of the first two seasons to get you ready for the third, which you can check out below.