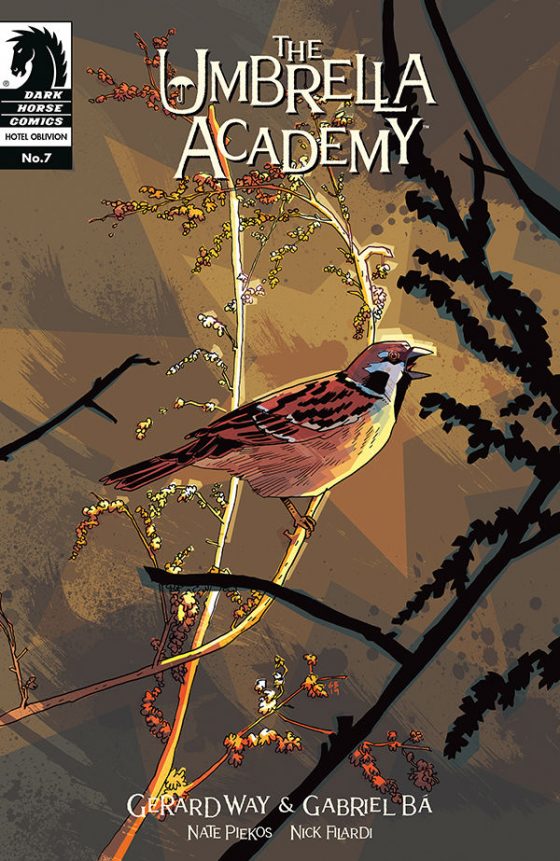 The Umbrella Academy tries to rescue a city overrun with chaos. Perseus as the masked Perseus X wants his revenge against the Hargreeves family. Looming in the sky, the villain Dr. Terminal has returned and grown into a giant floating black void. Growing into an all-consuming terror, Dr. Terminal threats to destroy the city and everyone along with it. The Umbrella Academy head off against their greatest foes from the past to save the present!

Another world ending event pits the Umbrella Academy against the forces of evil. All sorts of criminals made their way out of the interdimensional prison and begun to tear the city apart. But some villains have come to seek specific revenge against the heroes. John Perseus tries to redeem his villainous father by becoming the heroic Perseus X. Attempting to fight crime went well for a moment, then is compelled to challenge the Umbrella Academy. While trying to figure out how to handle Perseus X, Dr. Terminal absorbs anything he can suck into his endless black pit. And to add more problems, there are armed criminals that are not going to make these fights any easier.

Hotel Oblivion has been a very enjoyable read that continually brings out Gerard Way’s creative writing and Gabriel Ba’s playful artwork. This series has been a huge fan favorite for its unusual narratives and bright visuals.  At a seven-issue pace, the story gave plenty of attention to the main characters while introducing new concepts that don’t feel forced. Its closing issue shows off the with a grand fight, it also ties up a few loose ends and a cliffhanger that tease for the next adventure. This series still has a few more mysterious to keep the readers guessing and it will keep bringing them back for more.