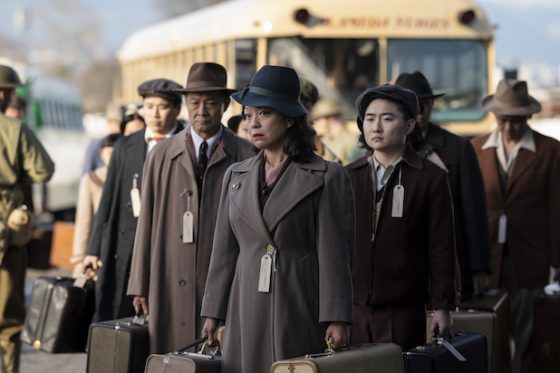 AMC’s The Terror is back for another season, with the series going the anthology route and telling a new story in a new setting for The Terror: Infamy.  Set during World War 2 on the west coast, the series follows a group of Japanese-Americans who are placed in an internment camp but a deadly creature from Japanese folklore begins to stalk the camp.  Derek Mio, George Takei, Kiki Sukezane, Shingo Usami, Naoko Mori, Miki Ishikawa and C. Thomas Howell star with Alexander Woo, who previously worked on True Blood, is the showrunner this season with Ridley Scott still on-board as an executive producer.  It will be hard to top the first season, which combined Master and Commander style British navy verisimilitude with gory creature attacks but the setting is interesting and not explored very often in fiction and it looks like it will retain the same great visual style and horror elements.  The new season begins on August 12th on AMC and you can check out the trailer below.