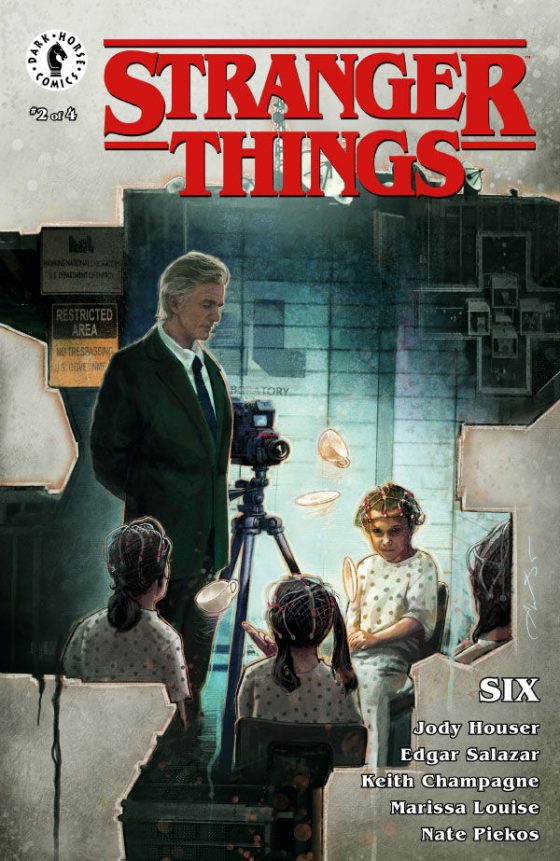 The experiments at the Hawkins Laboratory opened a window in Francine’s mind to a bizarre reality. Vivid nightmares and hallucinations being to invade her mind. The more Dr. Brenner pushes Six to control her powers, the stronger the visions are to her. Isolated from the rest of the children, Six is alone with her thoughts. But an old friend makes an effort to reach out to her. Could this be a genuine bond or another test for Francine to take?

Before she was Six, Francine was just a regular child with loving parents. However, as her powers grew, so did her parent’s greed. Francine became to resent her precognitive powers, being something like a tool for others to take advantage of. But her neighborhood friend, Ricky, let her connect with someone that wasn’t trying to use her. However, to her shock, Ricky has been part of Hawkins Laboratory as test subject Three. Feeling betrayed and hurt, Francine does not know if she could ever trust Ricky again.

Issue two reminds readers Francine is still a teenager trying to figure out where she stands in the world. Jody Housier captures the emotional weight carried by Francine. Her troubled family saw Francine as a money maker and Hawkins Laboratory uses her as a science experiment. It’s left vague at the moment to predict what Francine will do and her role that will affect Hawkins. This issue does an excellent job of getting readers invested to see Francine’s journey and what her future will hold.