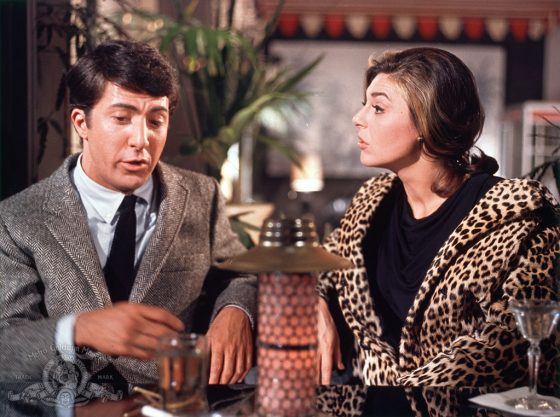 1967’s The Graduate is a classic for a number of reasons but one of the most memorable reasons is it’s use of music, specifically Simon & Garfunkel.  Director Mike Nichols used “The Sound of Silence” as an editing tool to pace out scenes and intended to replace it for the actual film with original music, as was the practice at the time.  Nicholas decided the song was too perfect and they bought the rights to use the song in the film and requested original songs as well but due to constant touring, Paul Simon had only written three songs, two of which were rejected by Nichols and the third was not intended for the movie but turned into the iconic “Mrs. Robinson”.  The entire soundtrack album was a massive success, hitting #1 on the US charts and “Mrs. Robinson” hit #1 on the Hot 100 and was later became the first rock song to win Record of the Year at the Grammys.  Check out all the Simon & Garfunkel songs featured in the movie below.