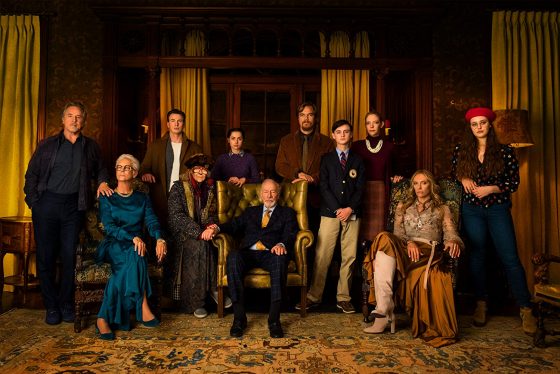 Coming off the divisive The Last Jedi, director Rian Johnson is going back to the genre that put him on the map with Knives Out.  Johnson kicked off his career with the neo-noir mystery Brick that was inspired by the likes of Raymond Chandler but Knives Out is inspired by Agatha Christie stories like Murder on the Orient Express.  An eccentric and crazy family has gathered together to celebrate the birthday of their patriarch, played by Christopher Plummer.  When he dies unexpectedly, detective Benoit Blanc (Daniel Craig) arrives to figure out if there was foul play involved and, if so, who is responsible for the murder.  The list of suspects includes Jamie Lee Curtis, Ana de Armas, Chris Evans, Don Johnson, Toni Collette, Katherine Langford, Michael Shannon, and Jaeden Martell and Lakeith Stanfield co-stars as detective Troy Archer as well.  It looks like a ton of fun, with everyone seemingly competing to see who can devour the most scenery and Daniel Craig is doing an absolutely insane Southern accent that sounds like he’s auditioning to be the next KFC Colonel.  The movie is out on November 27th and you can check out the trailer below.