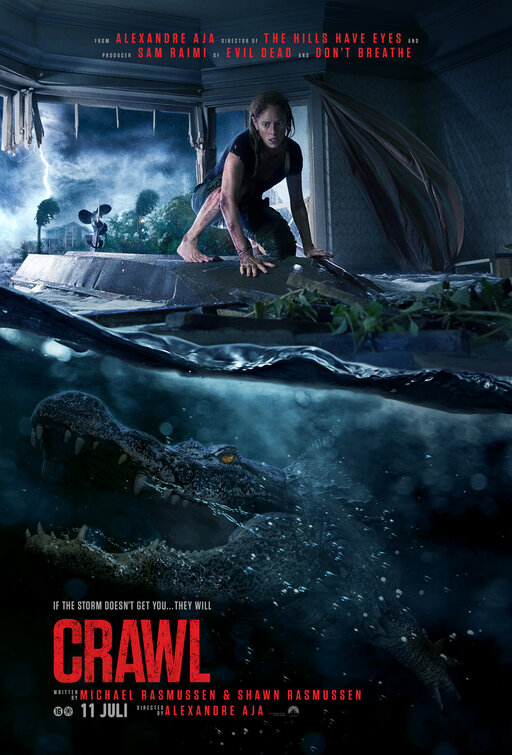 Plot: When a massive hurricane hits her Florida hometown, Haley ignores evacuation orders to search for her missing father. Finding him gravely injured in the crawl space of their family home, the two become trapped by quickly encroaching floodwaters. As time runs out to escape the strengthening storm, Haley and her father discover that the rising water level is the least of their fears.

Plot: When a mild-mannered Uber driver named Stu picks up a passenger who turns out to be a cop hot on the trail of a brutal killer, he’s thrust into a harrowing ordeal where he desperately tries to hold onto his wits, his life, and his five-star rating.

Critic Consensus: “Though it makes a strong case for future collaborations between Kumail Nanjiani and Dave Bautista, Stuber fails to mesh its contrasting genres, settling for an overtly violent, mildly entertaining diversion that’s far from a five-star ride”