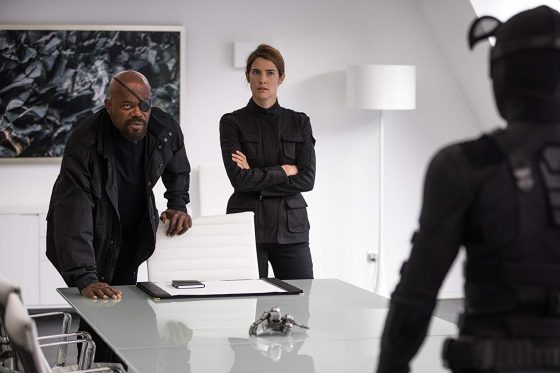 Spider-Man: Far From Home remained at the top of the box office for its second weekend, closing in on $850 million worldwide.

Far From Home made another $45.3 million, which is about a normal 51% drop from last weekend.  It’s currently 15th on the MCU domestic all-time list and 12th on the MCU’s worldwide grosses list with $274 million domestic and $847 worldwide.

Crawl did the best of the weekend’s new releases, coming in third place with $12 million.  That’s up from director Alexandre Aja’s previous creature feature, Piranha 3D and above the recent shark movie 47 Meters Down.  Box Office Mojo has a category called “Horror- Terror in the Water” on their site and Crawl is sitting between Anacondas: The Hunt for the Blood Orchid and the aforementioned 47 Meters Down as far as the opening weekend goes. It is on the low side for a Sam Raimi produced movie.  The last three movies he’s gotten producing credit for have all opened above $20 million, including Don’t Breathe and the Poltergeist remake.

Stuber opened in fourth place with $8 million.  It’s one of the lowest openings for both Kumail Nanjiani and Dave Bautista and it’s in the top 40 of worst openings of all time at #39 for a movie that opens in 3,000+ theaters between No Escape and A Dog’s Journey.

Yesterday rounded out the top 5, dropping to fifth from third with another $6.7 million.  It has made $48.3 million domestic so far and just over $80 million worldwide.

The battle between Avatar and Avengers: Endgame also continues to be drawn out to an excruciating conclusion, as Endgame is now just $8 million short of taking the all-time box office record away from Avatar.  Endgame is currently sitting at a worldwide total of $2.780 billion.