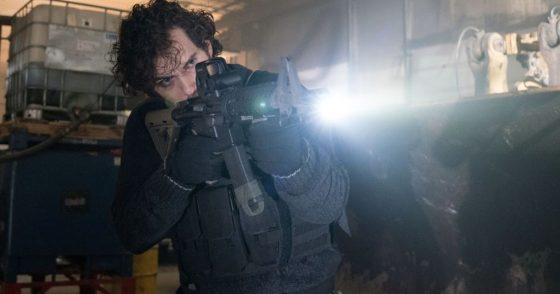 Before he’ll be traveling around Rivia as The Witcher later this year, Henry Cavill is hunting down a serial killer in Night Hunter.  The directorial debut of David Raymond, who directs and wrote the movie, Night Hunter follows Cavill as Lt. Marshall, a detective who along with his partner Rachel (Alexandra Daddario) managed to catch a notorious serial killer (Brendan Fletcher).  While in custody, the police realize that the killer, Simon, has plans in motion that will lead to more deaths and they have to race to figure out his game and stop it.  Ben Kingsley co-star as a former judge who is now a vigilante who teams with Marshall and Nathan Fillion, Minka Kelly, and Stanley Tucci co-star as well.  It seems like a solid thriller although we’ve been tricked before by serial killer thrillers with amazing casts *cough* The Snowman *cough* that turned out to be terrible.  The movie will be available for DirecTV subscribers on August 8th and it will be On Demand and in select theaters on September 6th.  Check out the trailer below.