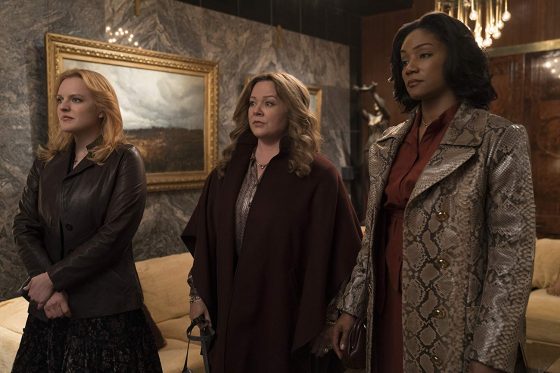 Based on a comic series from the now-defunct Vertigo imprint at DC, The Kitchen finds Melissa McCarthy, Tiffany Haddish and Elisabeth Moss taking on the Irish mob in the late 70s.  The trio of women play wives whose husbands have been arrested by the FBI.  Unsatisfied with the meager offerings the mob offers them to live on, the women decide to take over everything in Hell’s Kitchen, which puts them in the crosshairs of the mob’s bosses and enforcers.  The movie is directed by Andrea Berloff, who wrote Straight Outta Compton and the Mel Gibson movie Blood Father among others, and also features Domnhall Gleeson,  James Badge Dale, Common, Brian D’Arcy James, Margo Martindale, and Bill Camp co-star.  It looks like a solid period gangster movie and it will be out on August 9th.  Check out the trailer below.