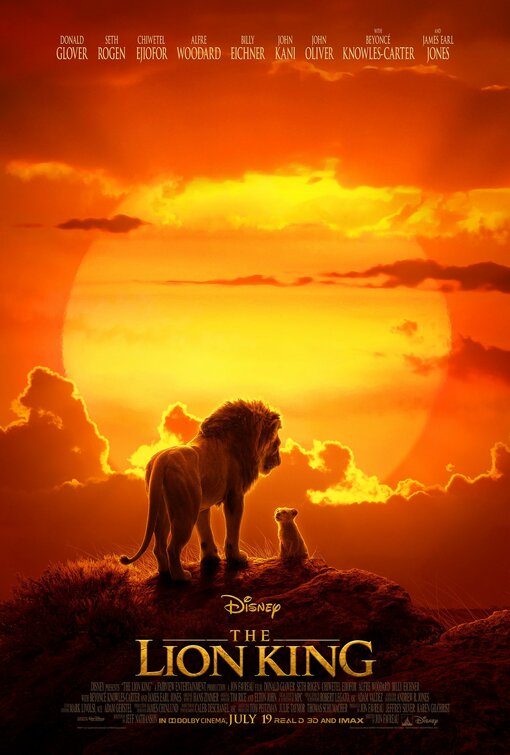 Plot: Simba idolizes his father, King Mufasa, and takes to heart his own royal destiny. But not everyone in the kingdom celebrates the new cub’s arrival. Scar, Mufasa’s brother-and former heir to the throne-has plans of his own. The battle for Pride Rock is ravaged with betrayal, tragedy, and drama, ultimately resulting in Simba’s exile. With help from a curious pair of newfound friends, Simba will have to figure out how to grow up and take back what is rightfully his.

Critic Consensus: “While it can take pride in its visual achievements, The Lion King is a by-the-numbers retelling that lacks the energy and heart that made the original so beloved–though for some fans that may just be enough”