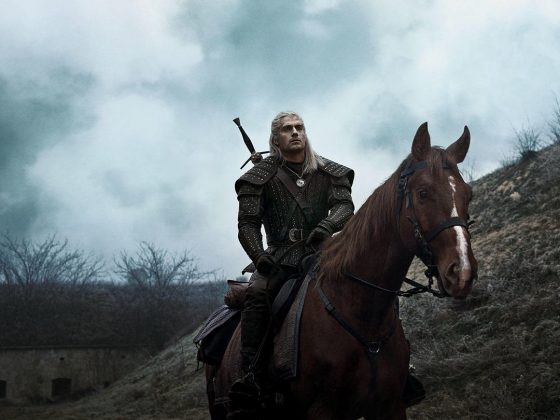 The power vacuum left by Game of Thrones is seeing every major streaming network trying to find their own fantasy epic and Netflix has picked up the rights to The Witcher series by Andrzej Sapkowski.  Although it’s most famous iteration is definitely the trilogy of games from CD Projekt Red, The Witcher franchise has seen multiple books and there were previous adaptations in it’s homeland of Poland.  Henry Cavill steps into the role of Geralt of Rivia, a “Witcher” who battles monsters and has been trained since childhood to use powerful magic and abilities.  He finds himself getting caught between the various factions of The Continent and joins a powerful sorceress, Yennefer (Anya Chalotra) and a young princess named Ciri (Freya Allan).  It definitely seems like it’s going for that Game of Thrones visual style and it seems like it will have some cool monster fighting action and magical powers going off.  The series is being run by Lauren Schmidt Hissrich, who previously worked on Daredevil, The Defenders and Umbrella Academy for Netflix.  There’s no solid release date yet but it should arrive late this year.  Check out the tralier below.