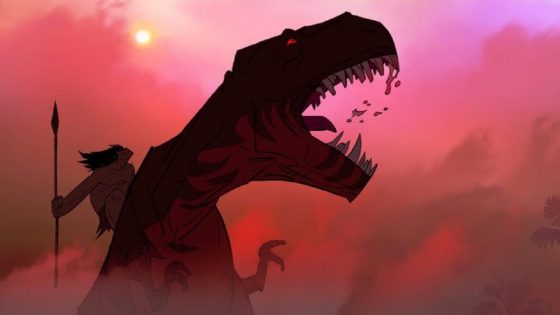 After the amazing concluding season of Samurai Jack on Adult Swim/Toonami, Genndy Tartakovsky is back with a brutal looking new series that heads back in time to follow an ancient hunter trying to survive in the savage world of the past.  The show was revealed in May and now at SDCC, we have gotten a new clip from the show that shows off how bloody the action is going to be as our unnamed protagonist decides to help out a mother T-Rex defend her babies from a trio of dangerous predators.  It looks great but that’s par for the course for Tartakovsky, who at this point has built up such tremendous goodwill and confidence after stuff like Samurai Jack, Dexter’s Lab and The Clone Wars that you basically just have to say he’s doing a new show and we’ll be watching.  Primal begins sometime this fall on Adult Swim and you can check out the clip below.

Fang and Spear Return for More Primal in October (Trailer)

Primal Finally Gets a Release Date and a New Trailer