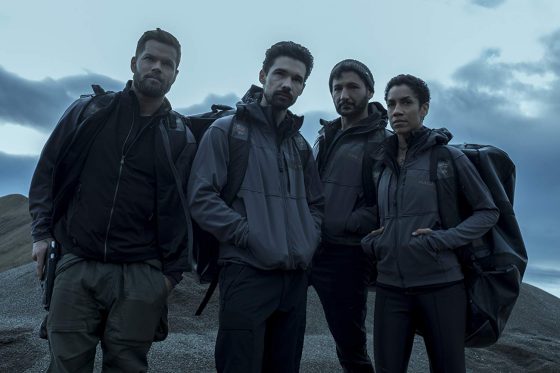 After SyFy canceled The Expanse after three seasons, it’s devastated fanbase was given new hope when Amazon picked up the series to deliver a fourth season (and possibly more).  The new season will debut on December 13th on Prime Video and a trailer was debuted at Comic-Con.  Following the events of the third season, where mysterious alien technology opened an interstellar gateway which would allow humanity to instantly travel to thousands of new worlds, a gold rush is on as the various governments of Mars, Earth and The Belt compete to explore, exploit and settle on these new frontiers.  The crew of the Rocinante find themselves on one of those new frontiers and smack in the middle of a boiling conflict between Belt colonists and an Earth mining corporation.  Steven Strait, Cas Anvar, Dominique Tipper, Wes Chatham, Shohreh Aghdashloo, and Frankie Adams are all back with Burn Gorman joining the cast, and it looks like the same show that fans have come to love, with its unique depictions of space travel, fantastic action, and great characters.  Check out the season 4 trailer below.