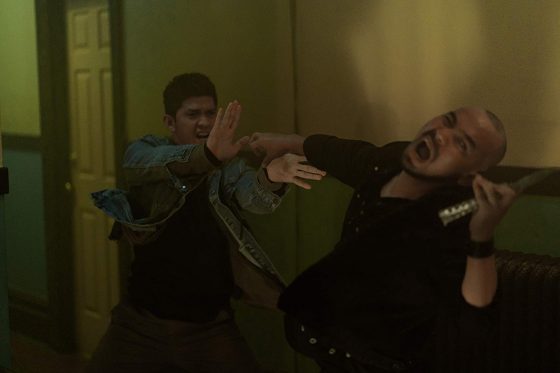 The always awesome Iko Uwais is starring in his own Netflix series starting in August, Wu Assassins.  Iko plays Kai Jin, an aspiring chef who learns that he has been chosen to be the Wu Assassin, which grants him incredible martial arts abilities (and a ghost Mark Dacascos in his head).  The Chinese Triad is trying to harness another power, the Wu Xing, and Kai has to track them down and stop them, including his own father, played by Byron Mann.  Kathryn Winnick, Lewis Tan, Tommy Flannagan, Tzi Ma, Juju Chan, Lawrence Kao, Li Jun Li, Celia Au, and Summer Glau co-star and the series drops on August 8th.  It looks crazy but also potentially like a ton of fun and you can check out the trailer below.