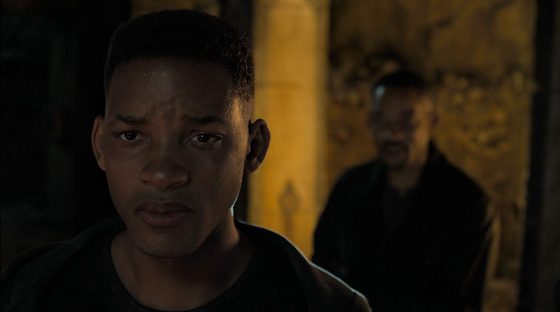 Will Smith faces his ultimate antagonist, himself, in Ang Lee’s crazy looking action movie, Gemini Man.  Smith plays both Henry Brogan, an elite assassin, and Junior, a younger clone that is tasked with hunting down and killing his older self.  The de-aging CG that we’ve seen in Marvel movies like Captain Marvel is being used to turn Will Smith into his 19 to 22-year-old self and it seems like this will probably be the next big leap in the tech, as Smith is much more active than Samuel L. Jackson was in Captain Marvel.  Mary Elizabeth Winstead and Benedict Wong co-star as assassin colleagues of Henry and Clive Owen is the villainous Clay Varris, who created Junior and is looking to expand the cloning tech into an army of super-soldiers under his control.  The movie arrives on October 11th and you can check out the new trailer below.