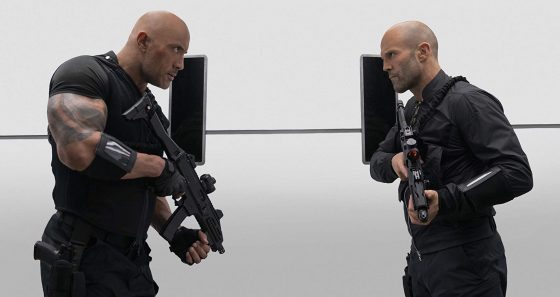 The first weekend of August 2019 was dominated by Hobbs & Shaw, although it wasn’t close to being one of the best openings in the Fast & Furious franchise.

The Lion King dropped to second with another $38.2 million.  It has made just shy of $431 million domestic and over $1.19 billion worldwide and is currently the second highest-grossing film of 2019 both domestic and worldwide behind Avengers: Endgame.

Once Upon a Time fell 51% from last week’s opening and made another $20 million, putting it at $78.8 million for two weeks out.  It’s currently the fourth highest-grossing Tarantino film.

Spider-Man: Far From Home and Toy Story 4 rounded out the top 5 with the latter just shy of crossing the $1 billion mark at $959 million.

Gaining more theaters, Awkwafina’s The Farewell moved up to seventh place with $2.4 million as it is now in 409 theaters.  A24 has been doing a tiered roll out and it continues to move up as word of mouth grows and it’s available in more theaters.

The Per Theater average went to Luce, a drama starring Naomi Watts and Tim Roth, that made $26,583 in each of the 5 theaters it debuted in.