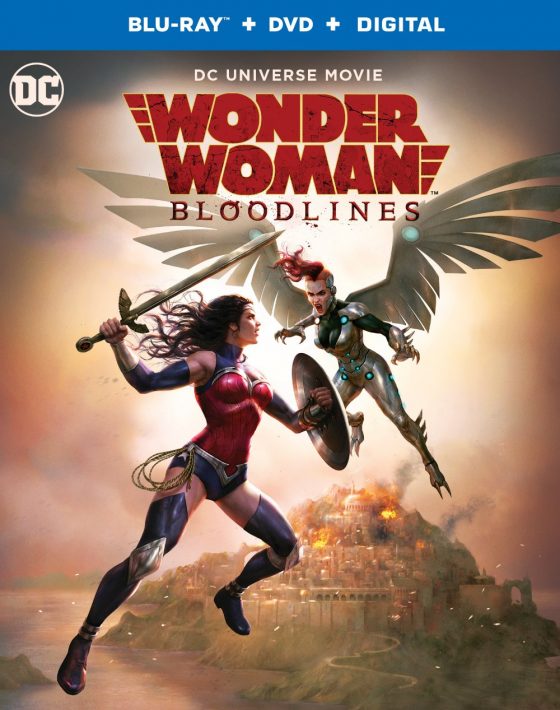 Wonder Woman has been a major part of the animated DC Universe movies but she hasn’t had a solo movie since 2009, which seems strange after the live action movie was such a huge hit.  That will change in October when Wonder Woman: Bloodlines gets released.  Rosario Dawson is back for the sixth time as Wonder Woman, who meets Steve Trevor (Jeffrey Donovan) on her homeland of Themyscira and joins him to leave and help fight evil in the rest of the world which includes group of villains called Villainy Inc, which seems to include Giganta and Cheetah (Kimberly Brooks), Silver Swan (Marie Avgeropoulos) and Dr. Poison (Courtenay Taylor).  The movie is out on Digital on October 5th and October 22nd in 4K and Blu-Ray combo packs and it will also include a DC animated short featuring Death from The Sandman.  Check out the trailer below.