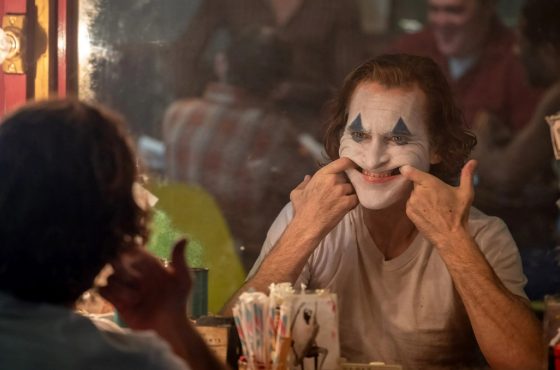 Probably one of the most anticipated movies of the fall, Todd Phillips’ take on The Joker is arriving on October 4th.  Joaquin Phoenix stars as Arthur Fleck, a clown-for-hire and aspiring stand-up comedian in 1980s Gotham City who feels trapped in a world of cynicism and apathy.  As he slowly loses his grip on reality, he develops an alter-ego called Joker that begins to spread chaos and unrest throughout the city.  Alongside Phoenix is a murder’s row of talent including Robert DeNiro, Zazie Beetz, Frances Conroy, Shea Whigham, Marc Maron, Brett Cullen, Brian Tyree Henry, Bryan Callen, Douglas Hodge, and Bill Camp.  Phoenix looks like he’s throwing everything into his portrayal of The Joker and it has the vibe of a one-shot graphic novel like, say, Brian Azzarello’s Joker from 2008.  Check out the final trailer below.