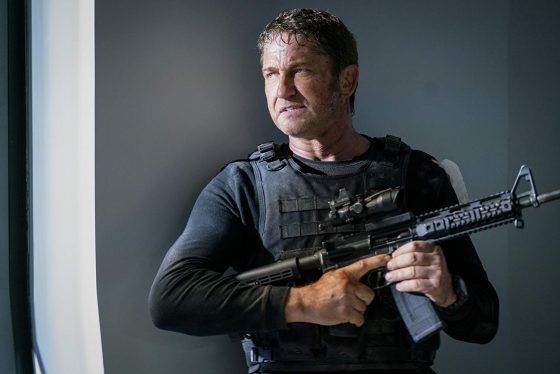 In the second-worst performing box office weekend of the year, Angel Has Fallen remained on top for the second weekend in a row.

Angel Has Fallen took in another $14.8 million for the four day weekend, bringing it up to $43.9 million so far.  It’s outperforming London Has Fallen by just slightly around $1 million.

Good Boys remained in second place with another $12.1 million and just over $59 million for its three weeks out.  It will surpass last year’s Blockers as far as gross and it will probably also move past other movies like Forgetting Sarah Marshall, Risky Business and Jackass: The Movie.

The Lion King, probably due to one last major push before school starts in earnest, moved back into third place from fifth last weekend with another $9.3 million, pushing it past $523.5 million so far domestically and over $1.56 billion worldwide.  It’s the second highest-grossing movie of the year both domestically and worldwide behind Avengers: Endgame.

Hobbs & Shaw and Overcomer rounded out the top 5, with Overcomer swapping spots with The Lion King.  Hobbs & Shaw has made $159 million domestically and over $684 million worldwide.  It’s currently the fourth highest-grossing Fast & Furious movie worldwide having passed Fast Five but that will probably be the last movie it surpasses, as it needs over $100 million or more to reach Fast & Furious 6 at $788 million.

Well out of the Top 10, the weekend’s only new release was Don’t Let Go, which opened to 15th place with only $3 million for the four day weekend.  In typical Blumhouse fashion though, it’s budget was only $5 million, so it should at least break even soon.  Its opening was between Incarnate and Lowriders for Blumhouse releases.