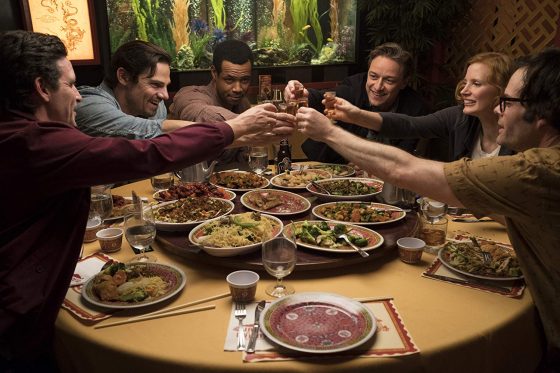 IT: Chapter Two managed to remain on top for a second week in a row, holding off a stronger than predicted Hustlers.

IT: Chapter Two took in another $40.7 million, dropping about 55% from last weekend’s opening.  It has made over $153 million domestic so far in its two weeks out with a worldwide total of $323.2 million.  Adjusted for inflation, it is currently the third highest-grossing Stephen King adaptation behind IT (2017) and The Green Mile (Unadjusted it is second behind 2017’s IT).  Compared to its predecessor, it was down about $20 million from IT’s second weekend, which just over $60 million.

Hustlers took second with a higher than expected $33.2 million.  It’s the biggest opening ever for both Jennifer Lopez and the production company, STX and tops openings for movies like Girls Trip, Bad Moms, and Widows, the latter of which Hustlers was drawing a lot of comparisons to.

Angel Has Fallen was in third place with another $4.4 million, bringing it to $60.4 million domestic for four weeks out.  It will pass London Has Fallen’s total gross soon but it probably won’t come near Olympus’ $98.9 million.

Good Boys and The Lion King rounded out the top 5.

Opening in a disastrous 8th place was wannabe Oscar contender The Goldfinch.  After drawing brutal reviews at the Toronto Film Festival, the movie only made $2.6 million in over 2,500 theaters.  That makes it the sixth-worst opening of all time for a movie in 2,500-2,999 theaters, between The Rocker and Lucky You.  If you adjust for inflation, it gets worse, as it moves up to the fourth-worst opening of all time.

The Peanut Butter Falcon continued it’s slow expansion and jumped into the top 10 at ninth place with $1.9 million.  Brittany Runs a Marathon also expanded to 757 theaters and took in $1.5 million.

Battle at the Box Office 9/2