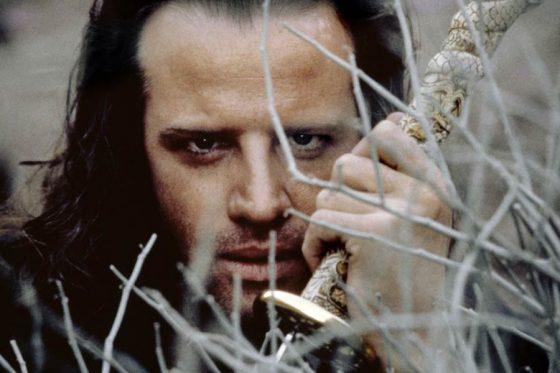 Highlander was one of the greatest action movies of the 80s but it was followed up in 1991 by one of the worst sequels of all time, Highlander II: The Quickening.  Abandoning most of what made the first movie great, the movie pushed the franchise into a grimy future and completely changed the mythology that was set up in the first movie.  The only good thing to come out of the movie is its credits song, “One Dream”, a perfect 80s action track from Lou Gramm, best known as the lead singer of Foreigner.  In 1991, Gramm had left Foreigner and was the frontman of a new band, Shadow King, and contributed “One Dream” under The Lou Gramm Band to the Highlander II soundtrack.  Despite the greatness of “One Dream”, it obviously could not live up to an entire album of iconic Queen songs and the Highlander II soundtrack faded into obscurity with little impact while the movie became a notorious flop and one of the worst movies of all time.  There’s unfortunately not any official music videos for “One Dream” but you can listen to the song below.