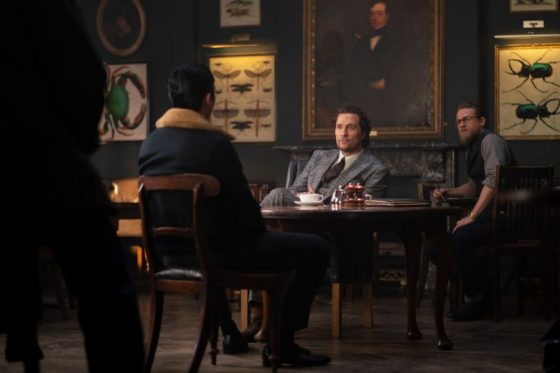 After dabbling in franchises and established IP like Sherlock Holmes, Aladdin and Man from UNCLE, Guy Ritchie is finally returning back to his British crime roots that brought us Snatch and Lock, Stock and Two Smoking Barrels with The Gentlemen.  Starring Matthew McConaughey and Charlie Hunnam, McConaughey is Mickey Pearson, a drug kingpin who specializes in marjiuana who goes to war with a younger rival (Henry Golding).  Hugh Grant, Michelle Dockery, Colin Farrell, Jeremy Strong, and Eddie Marsan co-star.  It looks like a blast with McConaughey constantly yelling about how he’s a lion and some stylish action and quirky humor as well.  The movie arrives on January 24th next year and you can check out the trailer below.