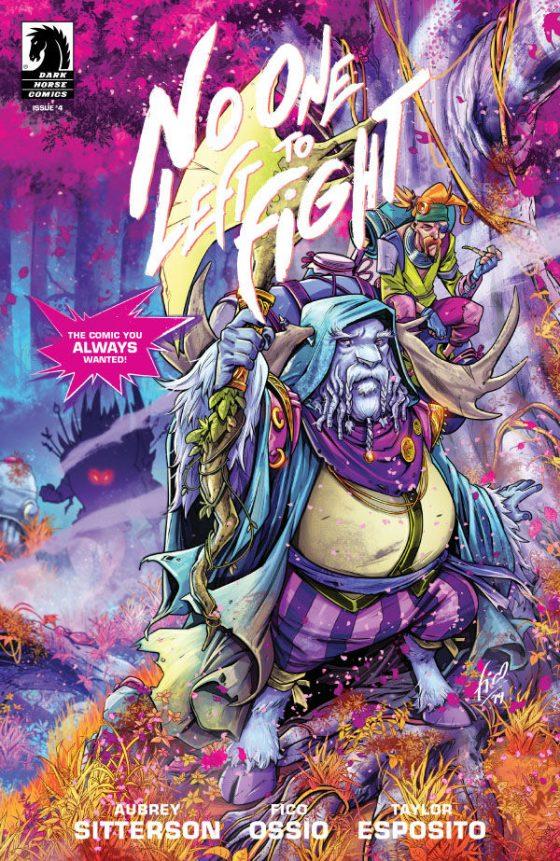 Traveling into a misty fog, Vâle, Krysta, and Timór struggle to find the private home of their friends Quon and Kaya. Quon and Kaya had enduring incessant skirmishes in the past, causing the pair to secluded themselves at their private hideaway, the Arboreal Sanctum. The location of Quon and Kaya’s whereabouts seems to be purposely misdirected. Vâle, Krysta, and Timór soon become unsure if they are truly welcomed back by their friends. Meanwhile, Hierophant has followed Vâle’s trail, determined more than ever to corrupt the hero. When Hierophant poisonous words failed to convince Vâle, Hierophant summons an opponent Vâle can’t refuse.

The stop at Mistress Harga’s school brought back some unresolved feelings from the group. Timór still holds on to many past grudges. Krysta wishes to repair the friendship she had with Winda. Vâle is left conflicted after Winda confesses her feelings. Pushing through their sentiments, the group continue on their journey and see their reclusive friends Quon and Kaya. However, it seems Quon and Kaya have been in seclusion for too long. The solitude at their sanctum may have provided safety to Quon and Kaya, but they have grown fearful of the outside world?

With all the drama between friends, Hierophant reemerges goes unnoticed. Hierophant had sensed a weakness in Vâle’s condition, suggesting something decaying is inside Vâle. A possible remedy was offered to fix Vâle ‘s condition, but Vâle refused to become a slave to Hierophant. Angered the rejection, Hierophant uses his dark powers to resurrect Vâle’s greatest foe.

Aubrey Sitterson delves into the casualty of endless fighting with Quon and Kaya. The pair’s past is briefly mentioned in passing, it looks to have been filled with some traumatic events to cause the pair to be paranoid about their location. Sitterson allures that the isolation is repairing the damage from a lifetime of battles. Fico Ossio artwork plays up more of the fantasy elements. Quon is a moose humanoid and a wise mystic. Kaya’s appears to be a fiery ninja, ready to butt heads with Timór.

Vâle’s nostalgic trip brings up unsettled feelings, jealous thoughts and concerns about the future. Each stop along the way has been a reminder to Vâle’s success and failures. However, Vâle’s greatest foe has returned and is looking to give the hero the fight he has been waiting for.  Now Vâle’ finally has his someone to fight and it all unfolds in the next and last issue.