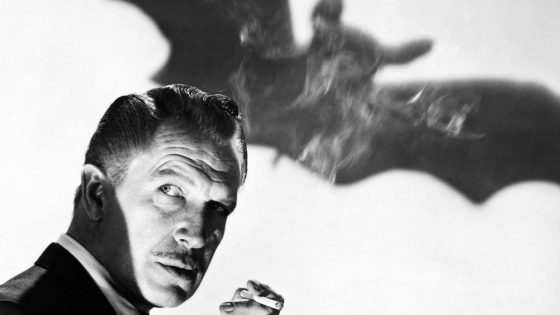 The original “Monster Mash” by Bobby “Boris” Pickett is basically the “Jingle Bells” of Halloween and has been covered many times over the years but there’s only one version featuring the legendary Vincent Price. Recorded in 1976 in the UK for EMI Records, Vincent Price put his own distinctive spin on the Monster Mash that was also peak disco insanity and it also seems a bit like a practice run for his contribution to “Thriller” in the next decade.  Along with being released as a single, the song was also featured in the 1981 movie The Monster Club, which starred Price, John Caradine and Donald Pleasance and was an anthology horror movie featuring three different shorts that is bookended by Price, who is playing the vampire Eramus, welcoming a new member to the titular club and they celebrate by playing the “Monster Mash”.  You can check out that segment from the movie below.