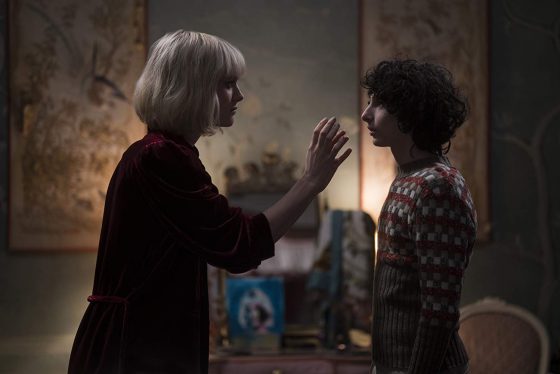 After dealing with Terminators in November, Mackenzie Davis will have a creepy Finn Wolfhard and ghosts on her hands in January with The Turning.  Based on The Turn of the Screw by Henry James, Davis plays a nanny who is hired to watch over a pair of orphans (Finn Wolfhard and Brooklynn Prince) who have recently lost their parents.  Both the kids start showing some disturbing behavior and the mansion they live in is full of dark secrets as well.  The movie is directed by Floria Sigismondi, who has directed episodes of The Handmaid’s Tale and American Gods, and executive produced by Steven Spielberg. The movie looks suitably creepy and the cinematography and setting look great but the interesting thing is, if this movie turns out not great, there’s another version of The Turn of the Screw coming to Netflix next year as well, The Haunting of Bly Manor, which is the sequel season to The Haunting of Hill House. Check out the trailer for The Turning below and the movie is out on January 24th next year.