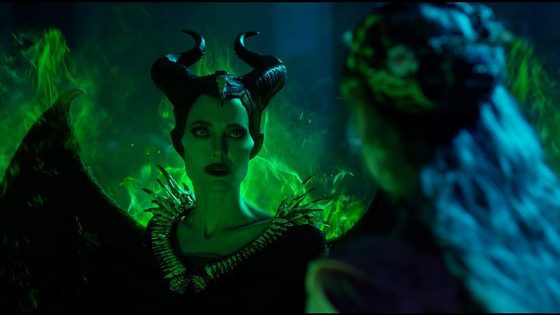 Maleficent took over the box office from The Joker this past weekend but it wasn’t quite the opening Disney was wanting.

Maleficent: Mistress of Evil took in $36 million over the weekend, which is way below the first movie’s almost $70 million opening back in back 2014 and not anywhere near the studio or industry predictions.  It did get an A Cinemascore from audiences, so maybe it can hold fairly well if word of mouth is good. Worldwide, the movie has $154.1 million so far. For Angelina Jolie, it’s her 10th best opening between Salt and Beowulf.

Joker dropped to second place but only lost another 48% from last weekend, making another $29.2 million and bringing it to over $247 million domestic and over $737.5 million worldwide.  It is currently the ninth highest-grossing R rated film domestically and is on track to become the highest-grossing R rated film worldwide (not adjusted for inflation), as it should pass Deadpool 2’s $785 million gross and there are predictions that it could go to over $900 million worldwide and possibly ever cross $1 billion.  For the year, it is now the 8th highest-grossing film worldwide and should easily become the seventh by topping Hobbs & Shaw’s $758.8 million.

Zombieland: Double Tap opened slightly above expectations with $26.7 million, which is about $2 million up from what the first movie made 10 years ago in 2009.  It’s the second-best opening ever for director Ruben Fleischer behind the inexplicable juggernaut that was Venom and it’s a top 10 to top 5 opening for most of the cast.

The Addams Family and Gemini Man rounded out the top 5, with the latter dropping about 60% from last weekend’s already low opening with another $8.5 million.  The movie opened in China and had made $118.7 million so far worldwide but it’s predicted that the movie will most likely cost Paramount at least $75 million in losses.

The Per Theater average went to Jay & Silent Bob Reboot, which made $93,520 in the 1 theater it played in.  Parasite, The Lighthouse, and Jojo Rabbit were all extremely strong limited releases as well, with Parasite getting 33 more theaters and The Lighthouse opening wide this coming weekend.