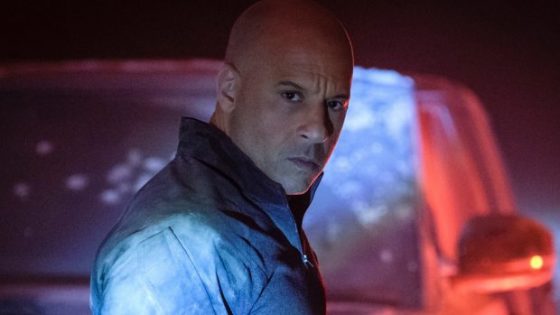 Valiant Comics has been doing solid work for decades but one of their titles is finally coming to the big screen with next year’s Bloodshot.  Vin Diesel stars as Ray Garrison aka Bloodshot, a Marine who is killed but resurrected with nanobots injected into his bloodstream that gives him superhuman strength and healing by the sinister RST Corporation.  Ray begins to have memories of his wife and her murder and he breaks out of the facility to avenge her but RST’s manipulations are more than just nanobots.  Eiza Gonzalez, Sam Heughan, Guy Pearce, Lamorne Morris, Talulah Riley, and Toby Kebbell co-star and the movie is directed by Dave Wilson, a visual effects director from Blur Studios who is making his feature film debut after directing the short “Sonnie’s Edge” for Love, Death, and Robots for Netflix.  I will say I am very disappointed that Vin Diesel does not have Bloodshot’s iconic white skin with red eyes look of the comics but the nanotech does look pretty cool along with some enemies who seem out of something like Alita: Battle Angel.  The movie is out on February 21 next year and you can check out the trailer below.