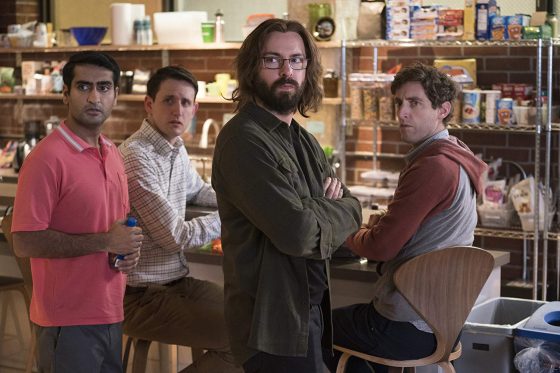 The final chapter of Pied Piper begins tonight (10/27) on HBO as the sixth and final season of Silicon Valley begins.  Created by Mike Judge, the show has followed a misfit band of friends who have seemingly gone through every possible incarnation a start-up tech company can experience with their company Pied Piper, led by Richard Hendricks (Thomas Middleditch) and his revolutionary data compression algorithm.  From battling the Google-like Hooli to barely surviving multiple insane disasters, the group has seemingly found massive success at the end of Season 5, but there are seven episodes for it all to come crumbling down.  The show has featured Mike Judge’s razor-sharp satire as all aspects of life in and around Silicon Valley was explored and the cast has been great, with Kumail Nanjiani, Martin Starr, Zach Woods, Josh Brener, Amanda Crew, and Matt Ross (Also TJ Miller before he was “canceled”).  HBO has put up a recap of Season 5 to get you ready for the final season and you can check it out below.

Up to Speed: Ballers Season 3