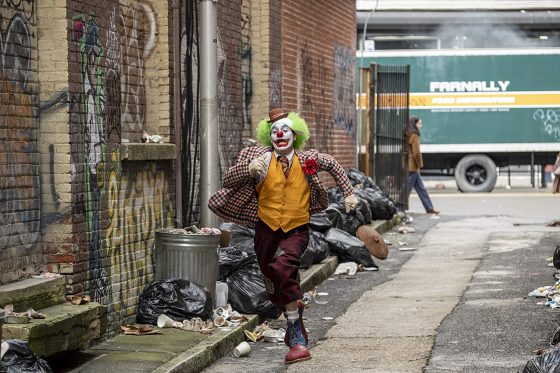 After topping the box office last weekend for its opening, Maleficent: Mistress of Evil fell to second place as Joker took back the top spot.

Joker took in $18.9 million in its fourth weekend, bringing its domestic total to over $277.5 million and it’s topped over $849 worldwide, making it easily the top R rated film worldwide of all time, passing Deadpool.  It’s the 8th highest-grossing DC Comics film domestically currently, between 1989’s Batman and Man of Steel.

Maleficent dropped just slightly over 49% from last weekend with $18.5 million.  It has $65 million so far domestic and $294.8 million worldwide but it is going to have to lean on grosses outside of the US because it is $63 million off from where the first movie was in its second weekend.

The Addams Family took third place with $11.7 million, bringing it up to $72.8 million domestic and over $84 million worldwide.

Zombieland: Double Tap and Countdown rounded out the top 5.  Zombieland dropped a fairly steep 57% from it’s opening last weekend with $11.6 million while Countdown opened to $8.8 million, which was slightly above expectations but it got a pretty terrible C+ from Cinemascore audiences, so it may drop off a cliff, even with Halloween at the end of this coming week.

Black and Blue debuted in sixth place with $8.3 million.  That puts it between 16 Blocks and Sleepless as far as police action/drama films.

Further down the list, The Lighthouse jumped into the top 10 as it opened wide in 586 theaters, coming in 8th place with $3 million.  The Current War: Director’s Cut opened in ninth place with $2.7 million in 1,022 theaters, which was on par with expectations.

The Lighthouse also took the top Per Theater average with $5,170 in each of the 578 theaters it was playing in over the weekend.