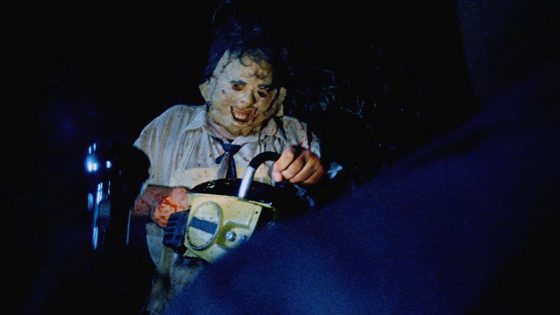 The Ramones were no strangers to horror movie based songs, providing the theme song for Pet Semetary for example, and on their first album was the song “Chain Saw”, inspired by The Texas Chainsaw Massacre.  The Ramones’ first album came out two years after the original Texas Chain Saw Massacre in 1976 and was mostly boosted by their hit “Blitzkrieg Bop”, although the album was not very successful at the time.  “Chain Saw” begins with the sound of a revving chainsaw and is an extremely fast and quick song, lasting less than two minutes and moving at 180 bpm.  The song was never officially tied to the Texas Chain Saw series but it does feature the phrase “Texas Chain Saw Massacre” in the lyrics.  You can listen to the song below.