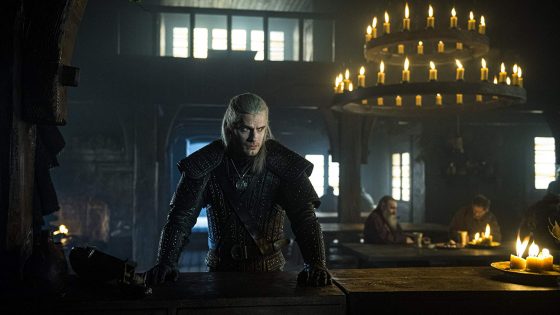 2019 is ending with some big gaming-related media as The Witcher and Jumanji: The Next Level, both of which dropped new trailers.  The Witcher is adapting the novels that inspired the wildly popular and beloved video game trilogy from CD Project Red.  Henry Cavill stars as Geralt of Rivia, a supernatural monster hunter who becomes embroiled in the warring factions of the fantasy world of the series.  On pretty much the exact opposite end of the spectrum, Jumanji: The Next Level is the sequel to 2017’s insanely popular sequel/reboot of Jumanji with The Rock, Karen Gillan, Kevin Hart, and Jack Black, all of whom are back although The Rock is now being controlled by Danny Devito and Kevin Hart is being controlled by Danny Glover.  The Jumanji gang is facing some new deadly creatures in some new environments beyond the jungles of the first movie and it seems like the same wacky fun.  Both properties are hitting within days of each other, The Witcher drops on Netflix on December 20th and Jumanji: The Next Level arrives in theaters on December 13th, trying to get a jump on Rise of Skywalker before Christmas.  Check out both of the new trailers below.

Jumanji Gets an Upgrade for Jumanji: The Next Level (Trailer)