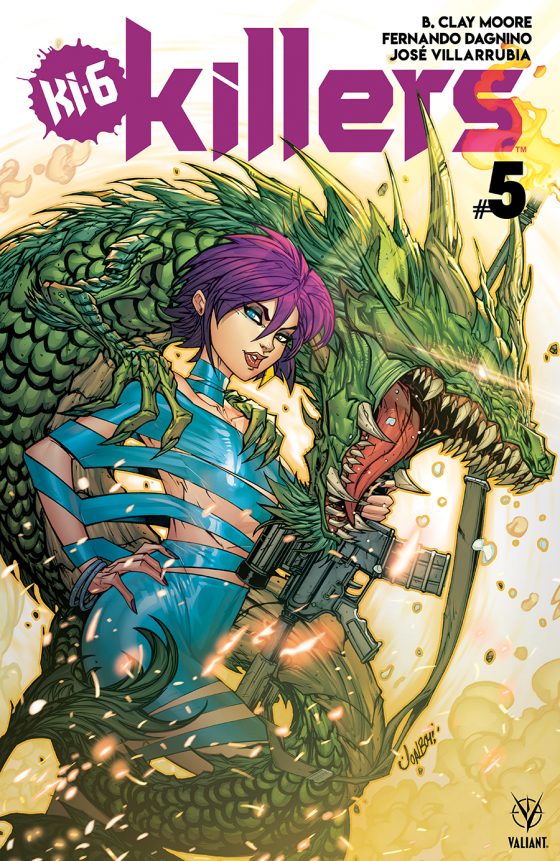 The group of trained killers find themselves surrounded by an army of undead warriors. Realizing their only chance at survival is teamwork, the former agents have put aside their differences and make a temporary alliance. The challenge of the Burning Monk will challenge the ninjas to their very limit, but only one winner could walk away with their ultimate prize.

As rogue ninja spies, each person had learned to never trust someone else. Their world has been one of secrets and lies, where allies were hard to come by. But when faced with zombie monks, any help is a good help. Now the rivalry groups are forced to work as one, fighting to stay alive long enough to make it to the Burning Monk. However, everyone knows the challenge will have one winner. It has been a major struggle to get to this point, and being the loser now could mean losing a life.

Killers was an interesting look at the untamed side of the Ninja Programme. These former ninjas didn’t play any rules, freely approaching their objects by any means necessary. B. Clay Moore drums up enough development on most characters to draw in the readers. A few characters have sympathetic reasons to take the Jonin’s request, especially Ninja-G’s subplot. Out of all the ninjas, her story was the strongest and painted a quick story of loss and revenge.

This mini-series delivers some great backstory on the mysterious Jonin and his ex-pupils. It serves as an interesting conclusion what readers might have known about the characters and where they will head to next. Future series will probably future a few familiar faces, and only more ninja action will sure to follow!